If you currently have an alpaca farm, now is a perfect time to take advantage of utilizing your beloved animals to help increase your audience and customer base. Alpacas and camelids in general have been trending in media and advertising throughout the course of the past couple years. Through this steady exposure, people have been getting increasingly excited about alpacas even without knowing much about the animals. By putting your alpacas, farm, and products out there, it gives you a wonderful opportunity to expand your customer reach.

More than ever, alpacas and llamas have been featured in articles, news segments and commercials -- on average, people are generally more familiar with these animals now than they ever have been in the past. The impact of this increase in awareness has become so prevalent that people are beginning to include them in some of the most important days of their lives! With the joy alpacas bring with their smiling faces, who wouldn’t want them present? Could these wedding photos be any more perfect? 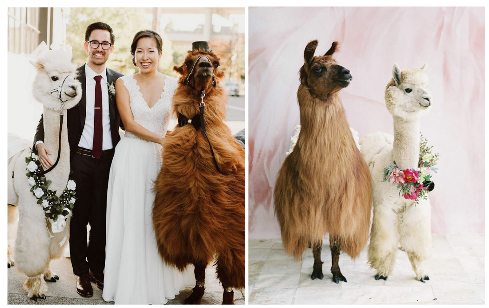 Alpaca shows have generated a lot more foot traffic these days due to giving people the opportunity and incentive to interact with the animals. We have been seeing more and more “alpaca selfie booths” where people can have their very own picture with an alpaca. Additionally, shows have included an alpaca costume contest, where typically a child will pair up with an alpaca for a duo costume role. These are the kind of experiences people are looking for -- once they can engage with the animal and appreciate it for what it is, there will likely be sparks of curiosity for the benefits, overall caretaking and use of the animal and its fiber.

Large companies such as Bank of America have been hopping on the camelid themed bandwagon with their #LLOVEYOURAPP campaign, where they feature a talking llama to advertise their banking app. It is obvious that llamas have nothing to do with Bank of America’s business, but their overall likeability, and the general public's curiosity for them, make them a perfect fit in their advertising campaign.

If you keep your eyes peeled, you will notice a more prominent alpaca / camelid theme showing up in retail stores. Whether it be clothing, stuffed animals, or home decor, these animals are on the rise more than ever before. Although these products are not made from alpaca fiber themselves, they increase the general public’s awareness of alpacas and the camelid family as a whole. As the “brand” of alpaca increases, more people are having their interest piqued in regards to these animals, the farms in their communities, and ultimately the products made from their fiber. 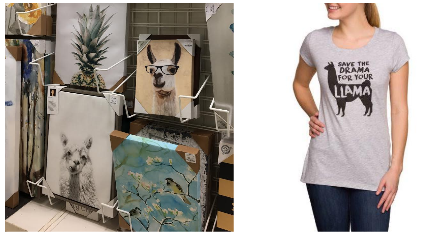 A great example of an alpaca who has gone viral on the internet is Chewy out of Adelaide, Australia. He belongs to a 14-year-old boy named Matt whose parents disagreed on getting him a dog, and instead surprised him with an alpaca. There is nothing in particular about Chewy that has made him a worldwide internet sensation other than his social media outreach. People are able to follow Chewy’s life through Instagram at @chew_paca, an account that has nearly 25,000 followers. The entire account contains cute photos of Chewy partaking in everyday activities with his human, Matt. Chewy may have a more exuberant life than most alpacas, but that is because he is treated as the literal equivalent of a pet dog in this family.

One takeaway from the Chewy phenomenon is the power of social media to reach your target demographics and bring exposure to your farm and alpacas! Thousands of people have become newly educated on alpacas solely because Chewy was all over news stations and online publications, and those stations wouldn’t have discovered Chewy if it weren’t for his internet presence, especially on Instagram. One thing that is of primary importance on Instagram is the use of hashtags. This is the number one way to reach new people and cater to their exact interests. For example, you can simply hashtag #Alpaca or you can choose something on a bit of a wider scale, such as #MadeInTheUSA or the increasingly trending #KnitPicks hashtag. Be sure to check out some other all-star alpaca accounts as well such as @alpacasofinstagram and @alpaca.gram -- take a look at their photo content and use of hashtags to see how they’ve become successful in spreading the alpaca love! 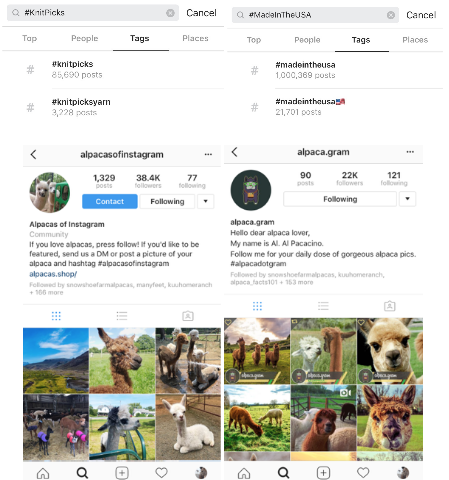 If you’re in the alpaca business, you have quite the upper hand considering how much of an internet and media sensation alpacas have become. To most, alpacas are still exotic creatures that they don’t get the opportunity to see -- people are unaware that there is most likely an alpaca farm closer to them than they think. Take advantage of the excitement these animals bring to people. Perhaps offer an “alpaca selfie booth” at your farm or next event -- give your customers incentives towards your products if they share their alpaca selfie on social media with your farm name tagged in it. That way their friends can see and share it, giving your farm more exposure to the public, expanding your potential customer base and bringing more awareness in the community to your farm. Many people, especially a younger crowd, love new experiences just as much as they love new products. Luckily for you, you can give them both with these adorable and fascinating animals! 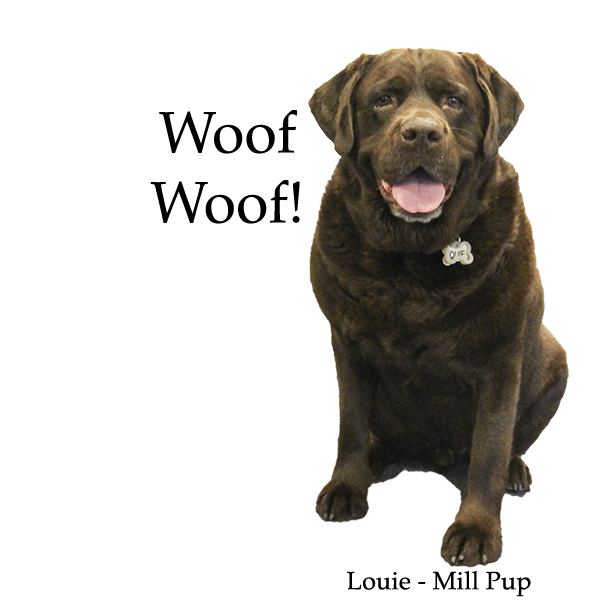